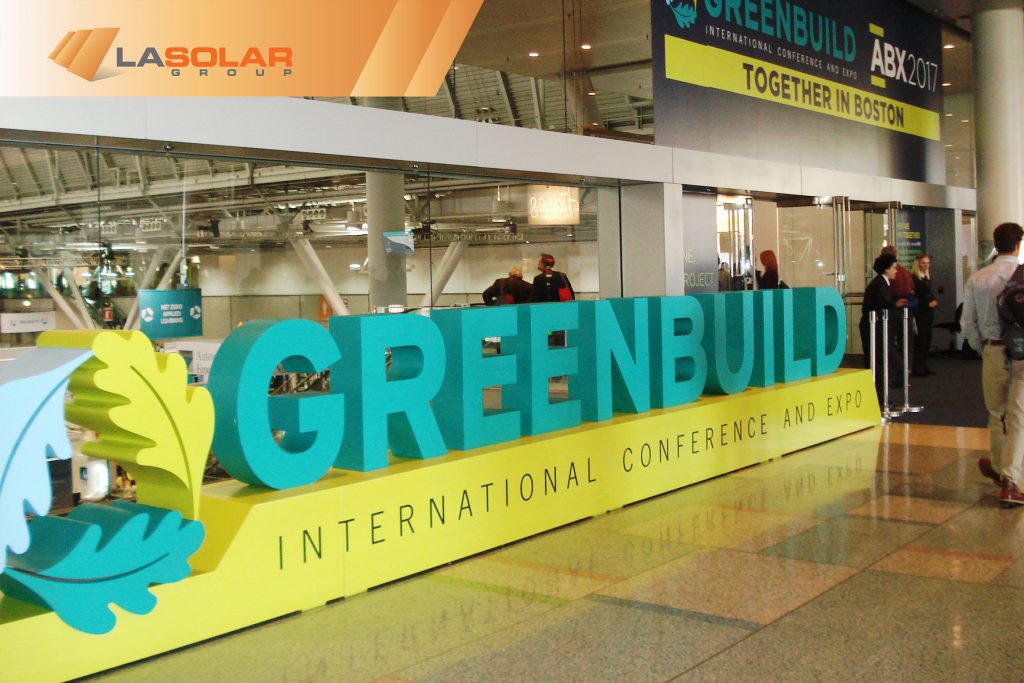 “Behind-the-meter” energy storage, encompassing both small business and home retrofits as well as communities, could be worth $16.5 billion by 2024 according to Navigant Research.

Storage for homes is the most embryonic sub-segment of this next wave. Thus far, home storage is mostly being marketed as an add-on to rooftop PV for up-market Energy Prosumers, and as a backup for blackouts. Rapid drops in the price of Lithium Ion packs is also a factor.

No less than four such solutions were on view at GreenBuild 2016, US Green Building Council’s annual show, this year held in Los Angeles. Famously, USGBC pioneered the LEED standard for sustainability in the built environment. GreenBuild has always been about energy-efficient materials, systems, and solutions, with the battle-cry of “Zero Net” added to this year’s tsunami of green education and vendors.

Systems were on display from Tesla (the PowerWall, recipient of a large amount of media exposure, as is anything associated with Mr. Musk); SonnenBatterie; Adara Power; and – surprise! – Mercedes Benz — not a brand normally associated with home appliances.

This appears to be just the start, as residential storage product offerings are being announced weekly, often incorporating “intelligent” or “smart” software layers on top of Lithium Ion battery packs. This added controls layer may include remote monitoring by cell phone, or capability for the local utility or a third party aggregator to “call” the battery for services. Or the unit could be part of a community-wide microgrid.

Other names in this hot new innovation space include Panasonic, SimpliPhi, GreenCharge, Advanced Microgrid Solutions, STEM. Even financiers are getting involved with funding deployments of multi-unit distributed storage systems.

Of the four battery systems, the Tesla Powerwall, Mercedes Benz and Adara packs were embedded into prefab “concept homes” at opposite ends of the expo floor. One was a high-end 1800 square foot space dubbed “ProjeKt” by KBHomes, the other a prefab Tiny Home, “The Arc House”, presented by System Dynamics and GreenBuilder Magazine.

Both demos invoked the concept of “Zero Net Energy”. Zero Net or just ZNE has been called an “aspirational mandate;” it is a sort of standard-in-progress being developed by California energy regulators, with the goal of getting all new homes and buildings Zero Net by 2020 – meaning the buildings are capable of producing all or most of their own energy on-site, on an averaged net basis (i.e. – the total of energy derived from the grid and produced by the building net out over time – not that the building is meant to be 100% severed from the grid.

According to Jacob Atalla, VP of Sustainability for KB Home, the sixth largest home-builder in the U.S., “With ProjeKt, we are going beyond code compliance and even beyond ‘Sustainability 2.0’. We want to show not just what you can do today, not what you could do in 2020, but to bring a collaborative group of our partners together with some big thinkers and demonstrate what could be.” In effect, the concept home represents a sort of clean-sheet attempt to re-imagine an affordable home for the ‘Sharing Economy’ demographic (note: no garage (think Uber/Lyft), add drone port and veggie wall in the kitchen).  Atalla was kind enough to give Stratton Report a mini tour of the utility room which features both a PowerWall and an Italian natural gas fuel cell, and an inverter from Schneider Electric tied to SunPower panels on the roof. ProjeKt allows the home-owner go to fully off-grid if desired (with the fuel cell unit providing baseload power and heat). However, according to Atalla, the main overall value proposition is to push the home energy use as low as possible, and meet that need as cleanly and efficiently as possible.

(Side note – SolarCity intends to offer PowerWall –from sister company Tesla — as part of a solar+storage package, but it is not yet priced.)

On the other side of the Expo, “The Arc House,”sported an equally elaborate energy package. At 432 square feet, it veers perhaps more to a hippie beach esthetic than KBHome’s ProjeKt, with an Adara Power stack stashed invisibly in a kitchen cabinet. “Adara’s initial customers are early adopters,” According to Neil Maguire, CEO of Adara Power. For the moment, “the price point is relatively high and the savings from time of use peak-shifting do not fully pay for the system. All of our customers, which now include eight states, place a value in resiliency and back-up power. A lot of customers feel helpless with the utilities introducing rate structures that penalize solar customers. If we fast forward five years, battery prices will be down another 60% and the packaged products from companies like Adara will contain more energy. This will make back-up generators obsolete, and there will be a less than five year payback.”

SonnenBatterie a German import, introduces an intriguing new benefit on top of blackout back-up– the ability of the battery to supply juice to particular functions or parts of a home – basically feeding sub-circuits on the breaker box – a concept described as “Critical Load”. It also sports an impressive touch display with multiple User Friendly readouts.

According to Robert Sarai, Business Development Lead at local re-seller/installer solar energy company LA Solar Group, the sonnen systems can range from $10-30K, from 4-16 KW in capacity. One model features a back-up capability and the other is grid-tied. Sonnen, Inc. claims to be leading Tesla in sales of home batteries, with 13,000 working systems in Europe and the states. In addition, they’ve racked up an impressive string of partnerships in the last few months, including investment from GE Ventures; a North American partnership with microgrid developer Enbala; a collaboration with Demand Response platform AutoGrid; as well as SolarWorld, PetersenDean and Spruce, for sales channels.

(We should also note that, while most storage systems are based on electrical batteries, thermal storage is also an emerging option. IceEnergy, also at GreenBuild, just announced an “IceCube” model for homeowners.)

Though still incipient, home-based energy storage is expected to be an integral part of the coming decentralization of the energy grid. Policy-makers in states like California, Hawaii, New York and Massachusetts are developing mechanisms that will further enable and incentivize home-owners to provide monetizable benefits to the grid, which in turn will improve the payback time and drive greater adoption.