The U.S. solar market had its biggest year ever in 2016, installing more than 15,000 MW. Although installations in 2017 dropped to 10,608 MW, the total still represents 40% growth over 2015 numbers. The year-over-year downturn can be attributed to the large influx of 2016 projects rushing to meet the anticipated expiration of a 30% federal tax credit that was eventually renewed. Last year also saw uncertainty surrounding potential Section 201 tariffs on imported solar panels, which may have led to delayed or canceled projects.

” We’re happy to feature a strong group of thriving U.S. solar installers on the 2018 Top Solar Contractors list. These companies truly are at the top of their markets.” – Kelly Pickerel, Editor in Chief

2017 was a promising year for LA Solar Group. Our innovative efforts paved the way for our battery storage, roofing, and commercial services. We also were able to maintain a strong geographic presence in the most competitive areas such as Los Angeles and the Bay Area while building key partnerships with industry leaders such as Tesla, Panasonic, & Owens Corning.

Our commercial division has been a major focus of our growth in 2018. Last year the non-residential market grew 28% year-over-year, the fourth straight year of annual growth for commercial, industrial and community solar. In 2017, 30% of all new electric generating capacity brought online in the United States came from solar, second only to new natural gas capacity. 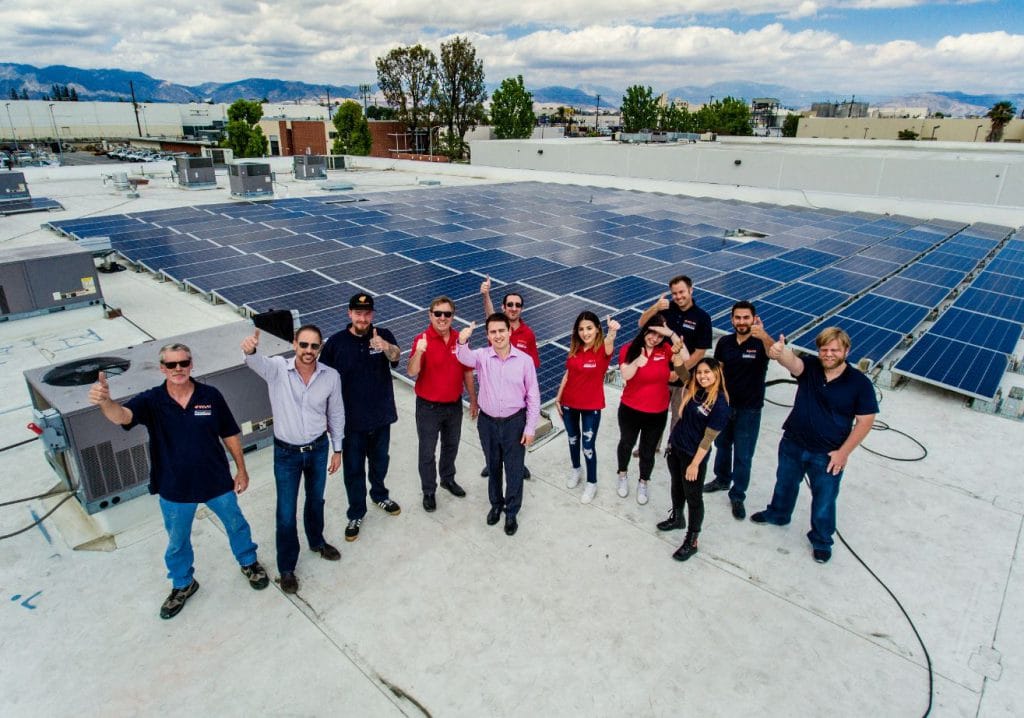 Why Battery Storage Is Becoming Popular