How Much Solar Power Do I Need for a Tiny House in California? 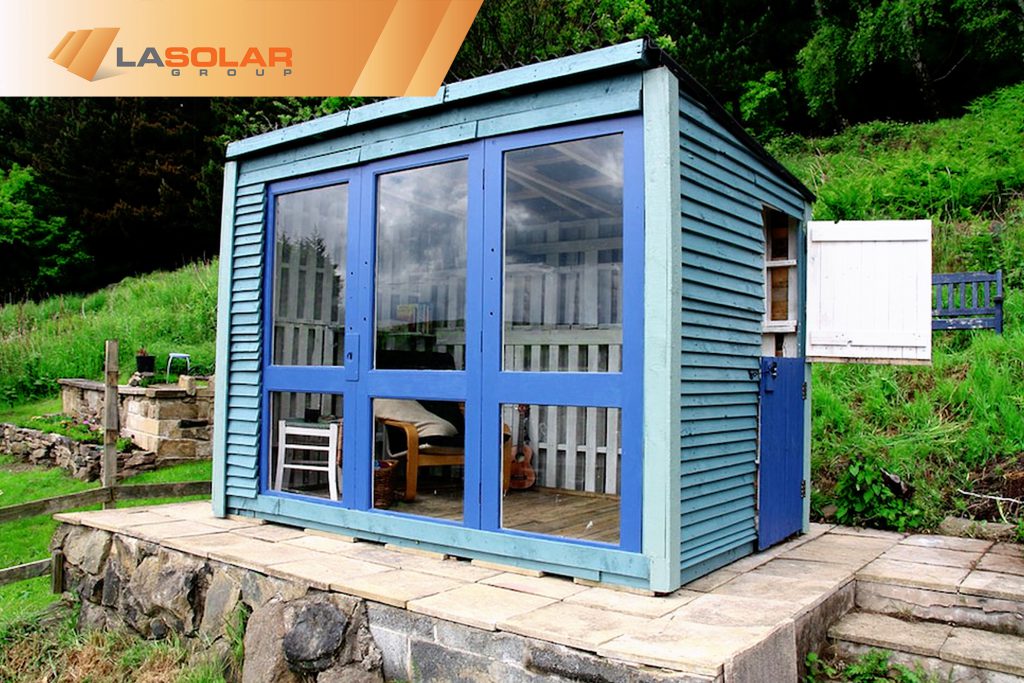 Ever since 2012, the tiny house industry has been growing into a movement of cost-conscious, ecologically responsible homeowners. This is especially true in California. In fact, some California cities like Fresno and Ojai have permitted tiny houses to be built in homeowners’ backyards, which can then be rented out as supplemental income.

One of the biggest upsides to tiny homes are their comparatively small carbon footprints. But if you’re interested in saving the environment while saving money, you might wonder how much power do they actually use. Would a solar system be a viable option for powering your tiny house, and if so, what size solar system is best?

How Much Solar Power Will I Need for a Tiny House?

The average homeowner who goes solar has years of records on their electricity usage and billing. This gives an excellent baseline for calculating how much power they’ll need in the years ahead. Unfortunately, tiny home owners typically do not have records of past electricity usage, so that particular method of energy calculation might not be helpful.

However, a tiny house generally requires no more electricity per square foot than larger homes, so you can still use your square footage to determine how much solar power you would need. Additionally, tiny houses don’t use electricity on the same scale as the average homeowner. (Most tiny home owners probably don’t have to worry about powering a pool pump, for instance.)

Where Do I Mount Solar on a Tiny House?

For tiny homeowners, there’s one question that’s as least as important as system size: where do you put the panels? Depending on your tiny home’s energy efficiency and usage, you may well want separate racks instead of traditional rooftop mounting; for example, powering up a water heater and an electric mini fridge will require more solar panels than would fit on your roof. Ground mounting or pole mounting will be a better option in this case.

Investing in separate solar system racks can also be beneficial if you want to angle your solar panels to face the sun, without having to rotate your whole tiny house.

The internet is awash in blogs by people who have built their own tiny homes, which is certainly an admirable goal. However, there is one element of your tiny home that is likely best left to the pros: electrical power generators, especially alternative energy sources like solar systems. Unless you yourself are a licensed electrician trained to deal with high voltage, please do not attempt to install your solar system yourself.

LA Solar Group is CSLB-licensed for roofing, electrical work, and solar system installation. Regardless of your home’s square footage, if you have any questions about the cost or other aspects of going solar, we can answer them. Just let us know.

PrevPrevious PostHow Much Do Solar Panels Save the Average LA Household?
Next PostHow To Choose The Right Solar ContractorNext