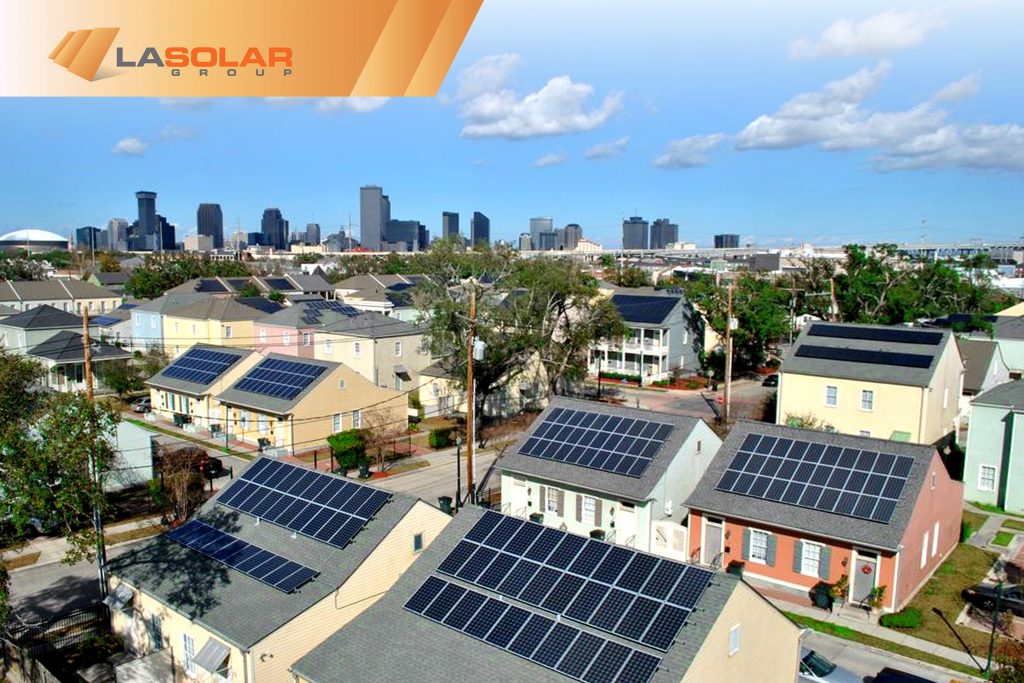 Everyday people’s lives are changing because of their decision to incorporate renewable energy into their homes.  We’ve been very fortunate to help these folks who have gone solar so we like share their story.

Lynn and Shahram are 2 different homeowners that reside in Orange County that we installed solar for. They both decided to consider solar because they each planned to purchase an electric vehicle and wanted to get the electric savings from their energy bill when charging their EV at their house.  Now Orange County is all about sustainability but before they both could get their solar system installed, they had to encounter a couple road blocks. One was to receive an approval from each of their community’s HOA and the other was to install solar on their delicate clay tile roofs.

Working with an HOA can be elaborate process for both the home owner and solar company. There’s conditions that are required from the HOA board before a homeowner can go solar such as the color of the panel framing, which area of the roof it can only be installed on, and whether it’s a eye sore for the community. There’s also an approval of the solar project that’s required with the neighbors that live adjacent and across the home that wants to go solar. In order for Lynn and Shahram to get the approval from the association, they both needed to get the 5 surrounding neighbors to agree to the solar system we designed for them. Once the HOA granted the approval, it was our responsibility to reroof the areas where the solar panels would be installed on. This meant we needed to convert parts of the home’s roof, which had very attractive Spanish clay tiles, with standard asphalt shingles.

We made sure that the solar system would look attractive enough not to be an eye sore and also protect from water leaks. We customized the solar installation for Lynn and Shahram with a mounting system was appealing for the neighbors to sign off on while also maintaining the integrity of the roof.  We got both Lynn and Shahram now share their story with going solar and how it’s become a benefit.

How has things changed after you went solar. Have you seen any savings? There’s been savings no question, only thing that caught me by surprise was our last annual adjustment bill from SCE. Our month bill ranges between $2 to $10. End of year adjustment was $250 back. We been saving about $200 a month.

Have you began using your energy in a different way? I haven’t paid any attention, but we’ve consumed about the same way

How’s the reception been with neighbors after the solar installation? Talked to a couple about it. The first 3 months I spoke to neighbors on both sides of the street, told them how low my bills were.  -And what here their thoughts, they’re impressed.

Where they thinking of going solar? I can’t think of any one of them expressing strong interest. One behind my home expressed interest, but they don’t use that much energy anyways and don’t want to make an investment like that.

If you were to encounter more homeowners, what would you say about your solar and your savings?  I would say that I am pleased.

With the solar and how EV may add more consumption, what other energy technologies have you considered? None that I can think of.

Have you looking to the new battery storage systems that are now available? I talked a to neighbor that installed a solar battery and he has solar too, he wasn’t very happy about the battery, but he liked his solar. Didn’t think it was worth the money.

Did he mention what he didn’t like about the battery? Didn’t think there was enough economic benefit from it to justify the cost. The best option is in an emergency situation.

With your solar system, how is the condition of your roof been when it rained? There was a leak but it wasn’t from the area of where the solar was installed. The roof has been fine. I hope the leak didn’t cause any damage. It’s pretty minor, just some discoloration in the ceiling

Are you actively monitoring your system? No. I was during the first 3 months, after that I quit paying attention. I look at my bill every month, and there’s no surprises and is all good news, so I quit monitoring.

How’s it been with solar? We’ve been planning to move into a new home, but it’s been great.

Are you still at the condo? Yes

You have the Tesla EV? Yes, got it just after I went solar and I only paid SCE $350 for the year

How much do you think you saved? Was paying $4,500 a year to SCE. Not paying more than a $100 toward the tesla. Switching to time of use made the big factor. I have 2 A/C units in the home, and solar’s been a good thing. The tax credit really helped a lot.

Did you change how you use energy since solar? I haven’t looked into the details yet, we didn’t install at full 100% because of the roof availability, we maxed at 75% of my usage. I think that going with the Time-of-Use plan with SCE has made a difference as well. I have the A/C running at night and I’m only paying 11 cents per watt.

Would you say that overall solar was a great investment? Obviously, it was and with SCE changing my rate plan because of my EV, that helped me too. Basically, I’m glad I got solar, but I’m moving so I look forward to installing solar at the new home. The one thing that solar helps with is that you don’t have to worry about some lights staying on at night with the electricity bill. The freedom it gives to have the A/C on, the lights on, I think it’s helping you have peace of mind to be not so conservative.