Should I Go Off-Grid When Installing A Solar System? 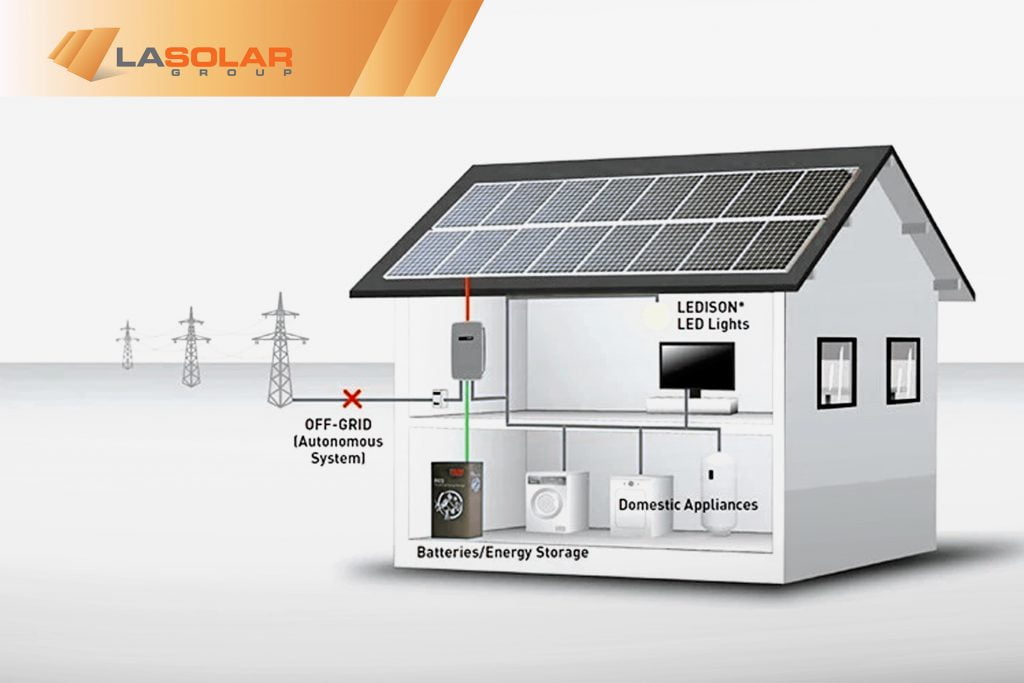 Going “off the grid” sounds cool, like something Carrie Mathison might do to get intel in Homeland. But if you’re considering off-grid solar, you probably have more practical concerns. When discussing electricity and solar power, “off-grid” refers to a system that is not connected to the electrical grid—the traditional way to get power from a local utility. Why would someone opt for off-grid, and what are the pros and cons of doing so?

Should You Disconnect from the Grid Permanently?

The most straightforward way of installing off-grid solar is simply never hook it up to the grid in the first place. In the illustration below, everything to the left of the fusebox (3) is no longer required.

The immediate benefit of off-grid setup is that you’re able to generate your own power from the sun while remaining truly independent from electricity providers. And no meter means no electric bill. If you’re going off into a remote area to get away from it all, this is the setup you’ll likely choose—if only because electric utilities don’t serve unpopulated areas.

Bonus: Regardless of where you live, if you have an off-grid solar system, you’ll have power even if there’s a power outage in your area.

If Going Off-Grid Is so Great, Why Doesn’t Everyone Do it?

Despite the joy homeowners can feel when they cut ties with their electric company permanently, most choose to connect their rooftop solar system to the electrical grid. There are several reasons why. The first is cost: If a solar system has battery backup (as off-grid systems do), that raises the overall system cost. That, in turn, can change the system horizon for payoff/ROI radically.

Another factor that plays into rooftop solar system ROI is net energy metering (NEM) credit. This is the credit the electric company gives solar homeowners who send unused excess power generated from their systems back to the grid. All solar incentives in Los Angeles help, and NEM credits are one of the main ways that solar pays every month. If you want the system to pay for itself quickly, you’ll want those credits. To do that, it is necessary to connect to the grid.

How Can You Reap Off-Grid Benefits from a Grid-Tied Solar System?

Grid-tied systems are designed to shut off in a power outage to prevent shock to utility workers trying to restore power. However, there are hybrid power inverters available that can disconnect from the grid in an outage, while still providing enough power to your home on a sunny day to run some appliances—which is better than being without power. UC San Diego engineers are also working on algorithms to let solar households with energy storage disconnect from the grid and share power with each other during an outage.

If you have questions about off-grid vs. grid-tied solar installation, inverter options, or other aspects of going solar, we can answer them. LA Solar Group has helped thousands of LA-area homeowners go solar, and we’re ready to put our experience to work for you too.