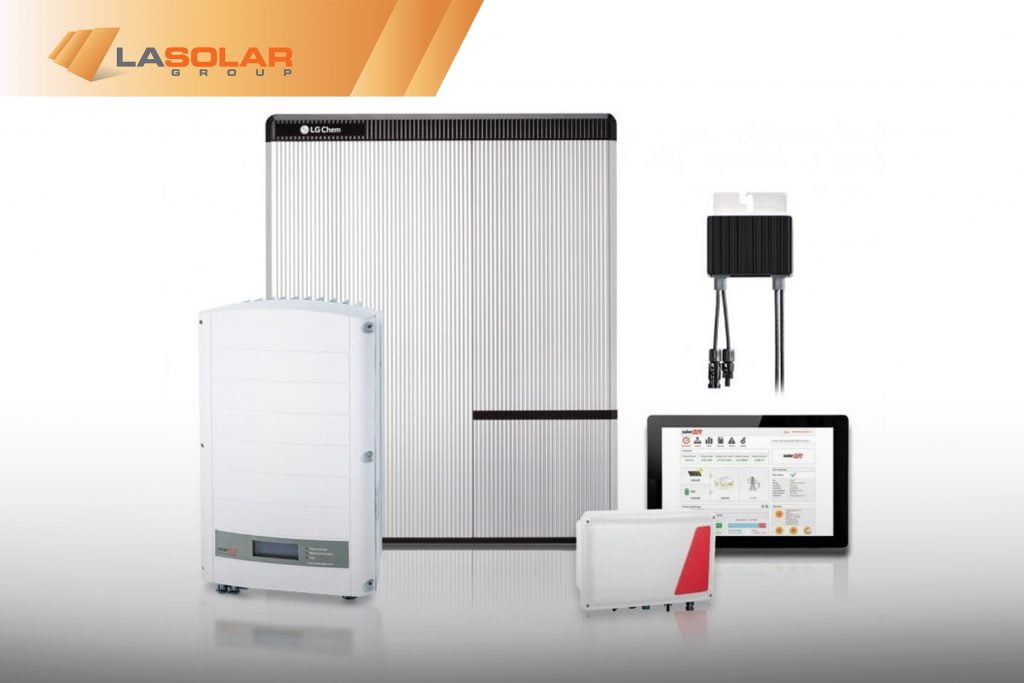 3 years ago, installing a solar system was a homeowner’s best option to reduce high electric bills. Since then, the technology in home energy, such as battery storage, has allowed homeowners to go beyond just solar.   This advancement has given homeowners complete control on how they produce and consume power. Today, it’s all about going beyond just roof top solar with energy management and control.

For the past 6 years Solaredge has led the energy market with their pv inverter solutions allowing homeowners to monitor solar production and consumption.  StorEdge, their premiere home energy management platform, gives homeowners the edge to smart energy by helping reduce their electrical bill while maximizing energy dependence from the grid.  This is a great solution for homeowners that have installed both solar and battery storage.

With Storedge, homeowners can achieve:

Each Component of the StoreEdge system serves for a specific purpose:

The fundamental idea behind a smart home is to control energy consumption by fine-tuning what areas of the home need power and when power is needed. The StoreEdge system helps to automate and manage the energy by allowing homeowners to direct the flow of power.  Here’s how the system works: 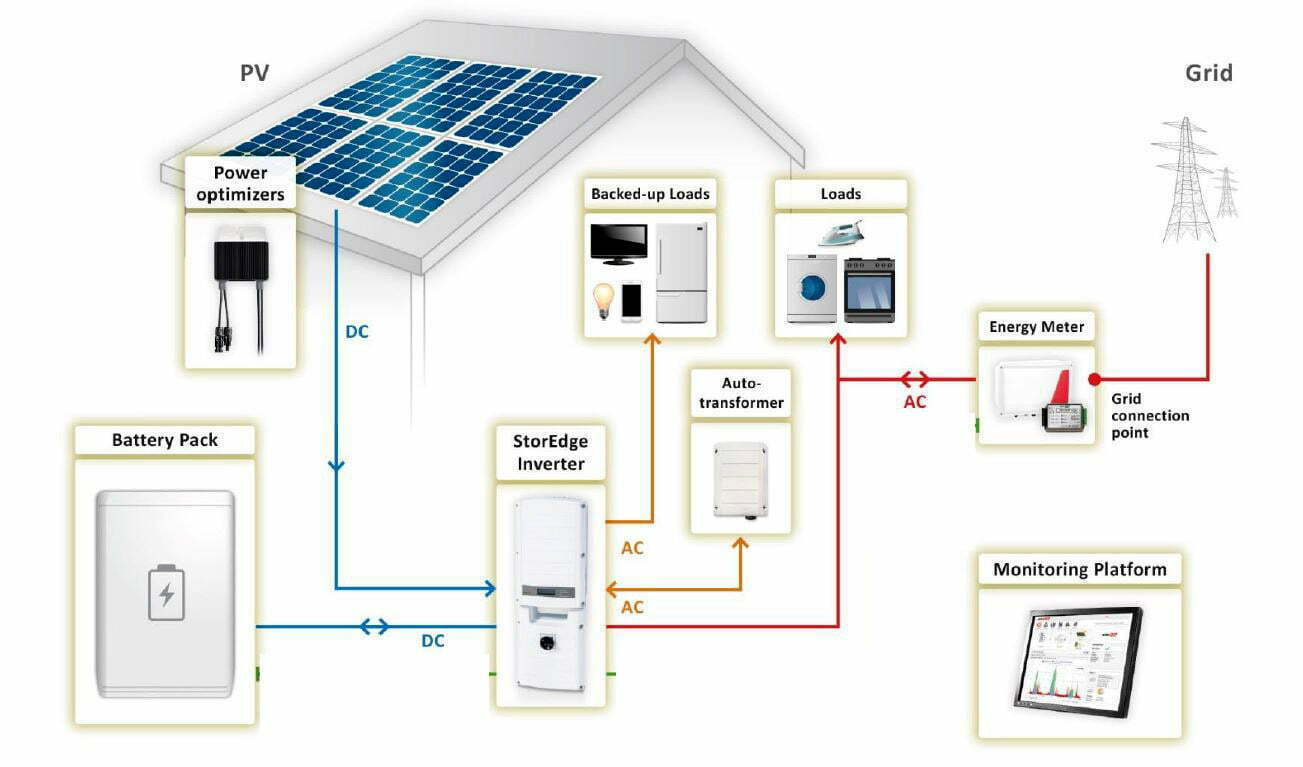 The Auto Transformer is only needed for backup power applications. During a blackout, the Auto transformer will engage the inverter so that the inverter can begin feeding stored energy to the back up loads in the home (limited areas in the home that require power during a blackout).  Regarding energy that’s fed into the battery – as long as the solar is producing during the day time, the system will only feed the required amount of Watts per hour to the home’s usage.  What’s left over get’s fed to the battery until it’s fully charged.  For example, if the solar is producing 20 Kwh while the home is consuming 10 kWh, the inverter will feed the extra 10 kWh of energy to the battery.

Once the battery is fully charged, only then will the inverter send that excess energy to the grid for Net Energy Metering.  It’s best to have low to no energy consumption when solar is producing, this way solar power produced will feed into the battery faster.  The Energy Meter will let the homeowner know much total energy use is costing. It provides data for the whole StorEdge system allowing homeowners to monitor consumption.  The meter shows data consumption every 15 minutes.

Most of the property owner’s time will be spent in the dashboard of the StoreEdge monitoring platform.  This is the central hub, accessible via online or mobile app, with data on all aspects of the system, including production, consumption, distribution of energy between the battery, home, and grid. The dashboard also allows customization to automate peak shaving and time of use shifting.

The dashboard displays real-time system data from the four primary aspects of the system: solar, home consumption, battery charge and discharge, and energy transferred to and from the grid.  Since every home consumes energy differently, StorEdge allows homeowners to customize their own “profiles” of how and when energy flows between the primary aspects of the system enabling energy independence.  One of the main applications of the StorEdge dashboard is the battery charge and discharge profile programming. With the charge/discharge profile, homeowners can peak shift their Time-of-Use when utility costs are high (battery discharge) and when they are low (battery charge).

Battery storage has an integral role of the StorEdge system because the energy stored from solar will be discharged during the time of day when no solar is producing.  The example above shows when there is no battery, Solar PV can only power the home during the high peak Time-of-Use periods. When the sun goes down, the utility takes over to meet the home’s nighttime energy demands. When battery storage is included in the Storedge system, the battery which was charged Solar PV during the day will discharge during the nighttime hours, replacing grid demand energy. Every user will have complete control to automate the batteries charge/discharge according to their utilities rate plan.

Profiles can be customized through the various charge/discharge modes available:

Off – No battery charging/discharging; can be used to extend battery lifetime by minimizing the number of shallow discharges (for example at night-time or during the winter).

Charge excess PV power – Charge the battery with PV power that is not self-consumed.

Charge from PV – Charge battery with all available PV power until it is full, and only then use PV power for self-consumption; useful when import rate is low.

Charge from PV and grid – Charge battery with all available PV power and with grid power until it is full, and only then use PV power for self-consumption; useful when import rate is very low and for StorEdge systems with backup in case a grid outage event is expected.

Discharge to maximize export – Discharge battery until the inverter reaches its AC limit; useful when export rate is high.

Discharge to minimize import – Discharge battery only for self-consumption, not for export to the grid; useful when import rate is relatively high.

Smart home energy tools are still relatively new in residential homes although solar has been the most popular home trend in energy saving and consumption.  With StorEdge, a home will have complete control with how energy flows to and from the house, enabling the homeowner to maximize their energy savings and build credits with their utility. The system is complex with an integration of subsystems, where solar, inverter, battery storage, and even the grid work together to accommodate performance.  Holistically, it’s a total energy life force – solar is the brawn, battery is the brain, the property owner is at the heart of the whole smart energy system.