Solar Energy – Energy Of The Future 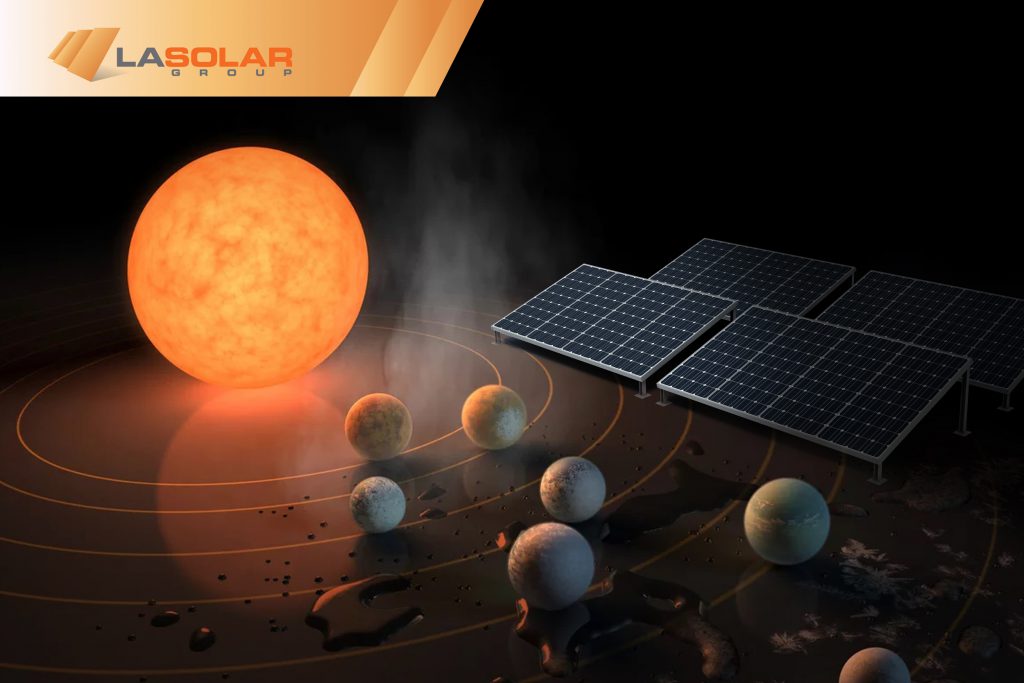 What is Solar Energy?

Modern scientific techniques allow us to think outside of the box. This way of thinking urged people to seek other sources of energy; energy that is more sustainable, pure, reliable and free. Yes, it’s free! The sun is our main source for free energy. And nowadays, people have learned how to gain free power from the sun through solar energy.

How Does Solar Energy Work?

Produced from monocrystalline or polycrystalline silicon, the solar cells are smoothly bound to each other to ensure a high efficiency of sunlight absorption. When power is generated by a solar panel, it is then transferred into the inverter – another device in the solar system set. This device transforms DC into AC, which supplies any electrical equipment with power.

Today, more and more industrial and commercial units switch to solar energy usage. Solar system maintenance is suitable for both commercial and household utilization. The pros of solar energy are uncountable. Thus, for instance, if you consume solar energy in your daily household, you will be totally independent of your local grid. You won’t feel the inconvenience of any shutdowns.

Solar energy is also suitable for electric vehicle charging. The system installation set proposes a power battery, which is used as solar energy storage. This storage ensures a high comfort level because it will supply your house and EV with electricity even when the sky is cloudy, and the photovoltaic modules have no access to the sunshine.

Another solar energy advantage is your positive impact on the ecosystem. As solar energy is natural, you don’t have to worry about any harm done to the environment.

The solar energy cost per kWh may differ based on circumstance. The calculation involves some regional benefits to solar energy users by the local governance system. Many companies also provide solar energy tax credits. To better estimate the exact price that your solar system installation will cost, it is reasonable to discuss pricing with several solar system installation companies. Solar energy technicians will study your area and provide you with the exact cost of solar energy based on your area’s specific demands, such as sunlight absorption capacity, weather conditions, average household power needs, and others.

The concept of manipulating or using the Sun is very old. Around from 3rd – 7th centuries B.C., people in ancient Rome and Greece used magnifying glasses to make fire from sunlight. In China, the same practices started later, in approximately 20 A.D. The sunlight also served as a source of light produced with the help of special mirrors. In the late 1700s and 1800s, the scientists were successfully using sunlight to power ovens for long voyages.

The exact origin of modern photovoltaic models is disputable. Some people claim that the roots came from French scientist Edmond Becquerel, and others attribute the invention to the English engineer-electrician Willoughby Smith. In fact, it was American engineer and inventor Charles Fritts who produced the first solar cells from selenium wafers in 1883. Therefore, many scientists ascribe the creation of photovoltaic modules to Fritts.

However, the present solar panels are made from silicon and not selenium. In 1954, Calvin Fuller, Gerald Person and Daryl Chopin created the silicon photovoltaic cell and marked the true invention of solar panel technology. Their product had the capacity to generate and transform solar power into electricity with 4% efficiency. The module could only work for a few hours, but it was a truly revolutionary invention.

How much energy does a solar panel produce? This is one of the first questions most people want to know when considering going solar. A single solar panel can generate and produce only a limited amount of power, and in most cases, the installation requires several modules to be installed. Moreover, each module is rated according to its DC power output capacity, which typically ranges from 100 – 365 Watts. The efficiency percentage of the module is the most important aspect. The maximum efficiency of a solar panel proposed in the markets has now exceeded 24%. When choosing a module for your rooftop, you should give the privilege to the one with maximum efficiency. As photovoltaic modules take up a lot of space, it is more reasonable to choose those with a higher efficiency.

Passive solar energy: In contrast, passive solar systems do not require any additional equipment for operation, have no operating costs, and can have low maintenance costs.

Solar – powered airplanes: The first aircraft to run on solar energy was built in 1981 by Paul MacCready, which flew across the English Channel from France to U.K. In 1998, a remote-controlled “Pathfinder” hit an altitude record by reaching 80,000 feet. NASA’s 2001 aircraft broke that record by reaching 96,000 feet. Today, the world’s most powerful solar-powered airplane has traveled around the world with zero-emissions.

Solar panels in space: The first attempt to use solar energy in outer space dates back to 1958 for a satellite to power its radios with a tiny one – watt panel. Only eight years later, in 1966, NASA launched its Orbiting Astronomical Observatory, which was powered by a one-kilowatt array.