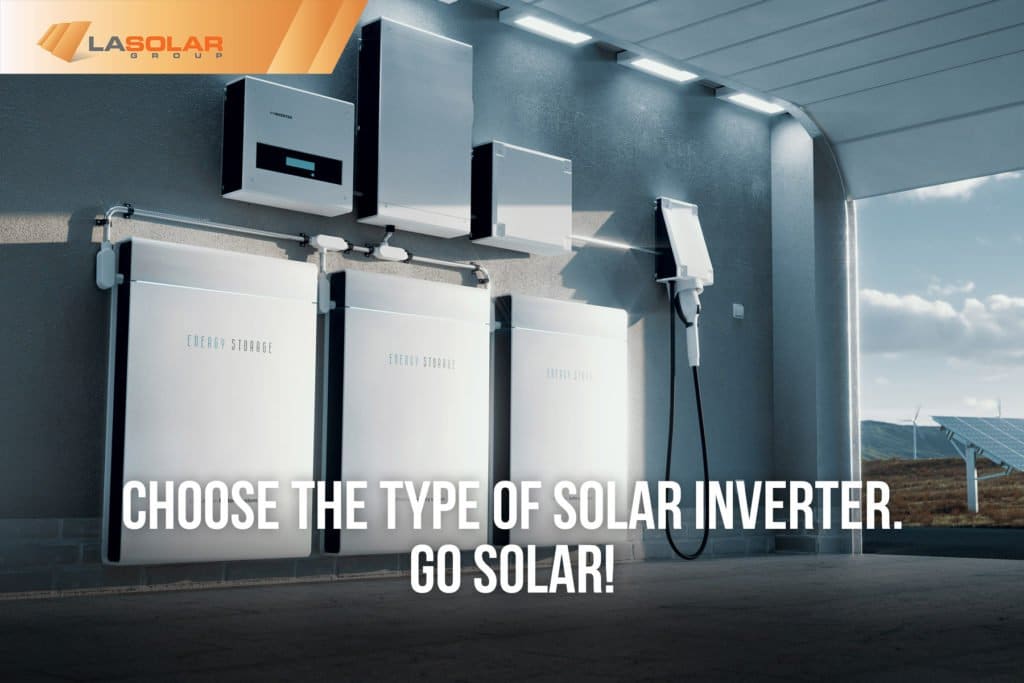 An electrical device that converts direct current (DC) into an alternative current (AC) is known as a solar inverter. As you have already perceived, due to this equipment commercial electrical grid is fed with the power, useful for house loads. It can also be used locally by residential owners. I call it the heart of the solar system. And the reason is simple: no solar energy consumption would be possible without this device.

In solar panel kits, the power inverter doesn’t take much place. The main space-occupying pieces are photovoltaic modules. However, this doesn’t mean that it requires no particular approach. Based on type, a solar inverter must be installed according to special demands to serve you in the scope of its warranty and beyond. To better imagine this device’s function, first, you must get to know the solar system power production logic. So, how does a solar panel work? The PV system, most frequently mounted on a residential roof, absorbs the sunlight, and generates energy. This process is performed by the photovoltaic cells that all solar panels are made of. To be more precise, when the sun shines on the solar panels, electrons within the solar cells start to move around and thus produce DC energy. This energy then goes directly into the inverter, which converts it into AC. After the power conversion, it is available for house appliances. And remember, you can have the ultimate generation solar panel system, but it will not serve you any good without a properly functioning solar inverter.

Grid tie inverters are used with a solar PV system integrally connected to the Utility grid power. They must be connected to the grid to function. Very often, the electricity produced by the solar panel system is not fully consumed by the property. In such cases, it is automatically injected into the grid by a Bi-directional meter for power supply. This system is preferable to use in areas where there are rare power-cuts as it has no power backup and will not have electricity. The benefit of the grid-tie inverter is that you can vend your extra energy transmitted to the Utility grid and get compensation for it. 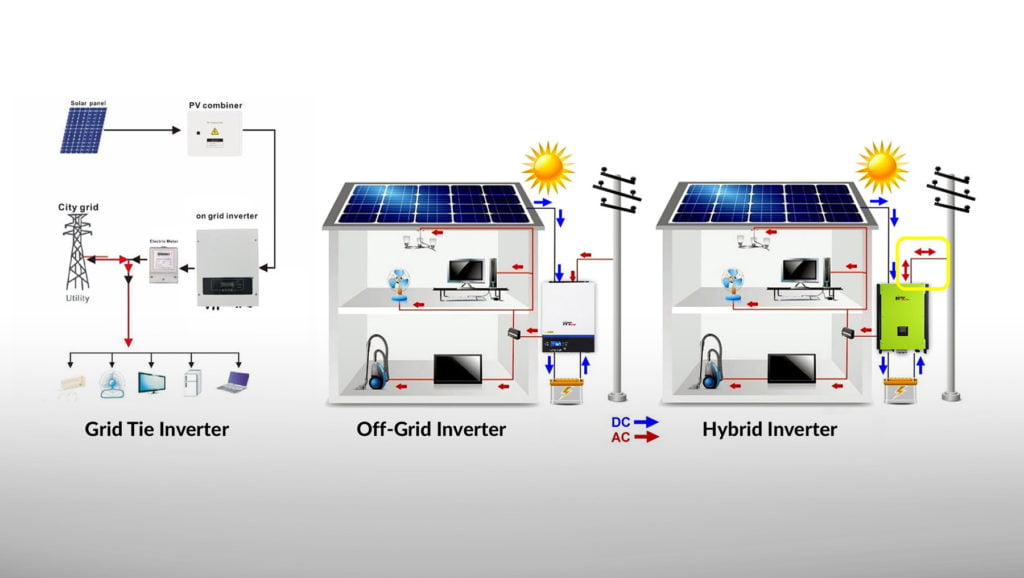 In the case of off-grid inverters, DC power generated by solar panels is charged into the solar battery. When there is a power-cut, the inverter will pull out energy from the battery converting the DC into AC to be usable for your house electrical appliances. As you already assume, this type of solar panel inverter is used in areas with more frequent power-cuts or if the nearest local power grid is too far from the residence. Its main advantage is that you are independent of any local Utility grid and threatened by no power cut-off.

The combination of both grid tie and off-grid inverters resulted in hybrid power inverter creation. It can be used in high power-cut areas and in areas where very rare cases of power outages happen. Under normal operating conditions, it can supply power to the home, charge the batteries, and the excess power can be fed into the grid. In case of a power outage, the unit can automatically switch to battery supply and keep on operating independently from your local power grid.

There is no doubt that the solar panel energy market can propose great products to make its customers dizzy. Hence, another classification of the product I present to you today is available.

A string inverter is the most widely used type in solar systems worldwide. In this system, the solar panels are wired in series to form a string. This type of connection adds more voltage to the string. String inverters have a limited power range, and in the case of large solar panel installation, several string inverters will be necessary. Although it is known as the most cost-efficient type in the solar market, it has several disadvantages. Due to the solar panel connection type, all the PV modules in a string depend on each other. So, if one of the solar panels is shaded or malfunctions for some reason, it will affect the whole string. To be more precise, it will result in overall power output reduction. You need to keep in mind that string inverters have specific requirements that somewhat restrict the installation flexibility. Thus, for instance, each string’s solar panels must be of the same number, the same type and must be installed at the same angle. This restriction mainly affects the smaller solar systems’ installation. It may be challenging for the installers to design a solar PV system with one string inverter, which will meet all the criteria mentioned above. For instance, if some of your solar panels must be installed at a different angle, you will need another inverter for them. As you can see, this type can prove not cost-efficient for small areas. Another issue with traditional string inverter systems is safety. If any Utility grid shuts down, the solar panels keep on producing power as long as the sun is shining. The power lines will not be fed with electricity due to the power-cut, but the roof cables will remain in high tension. 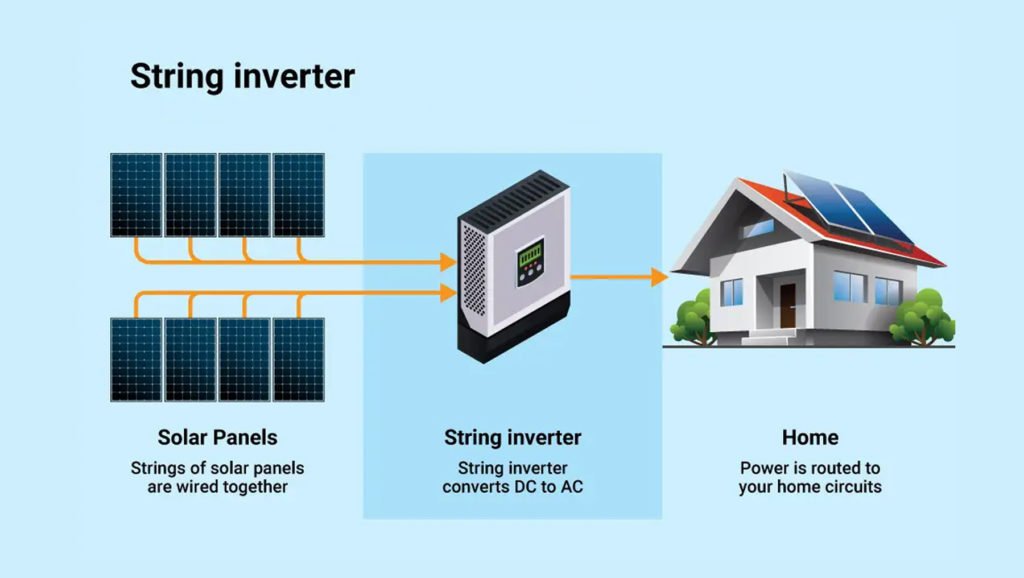 The solar industry proposed the solution for this problem in the form of DC power optimizers and microinverters.

A microinverter performs the same function as a traditional inverter. However, in contrast to it, each solar panel requires its own microinverter. It turns out to be less cost-efficient; however, the expenses are justified for several reasons. Each of these devices is connected to the grid independently from the other microinverters. Thus, if one solar panel fails to function properly, it will not cause the whole system to be paralyzed. Also, it will be easier to find out which PV module exactly malfunctions. The configuration of a solar system with microinverters is very flexible. No limitations of solar panel types or installation angles are required. In other words, you can install any solar panel and wherever necessary. As for safety, microinverters shut down automatically whenever a shut-down occurs. 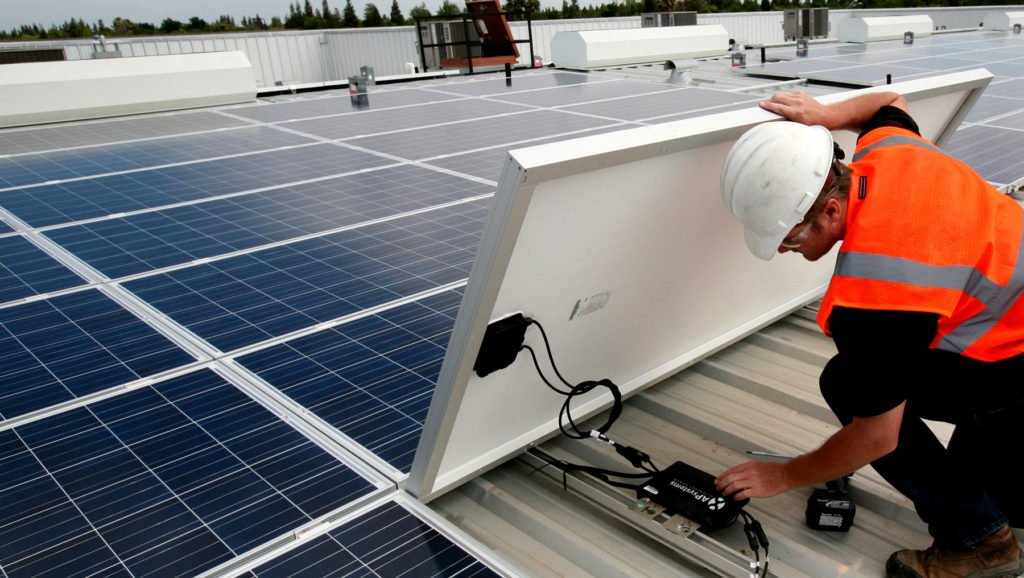 Microinverters and power optimizers are otherwise called MLPEs (Module-Level Power Electronics). With MLPEs, it is possible to monitor the performance of each solar panel in the array separately. Thus, any problem can be diagnosed remotely by specialists and perform much more productive maintenance. 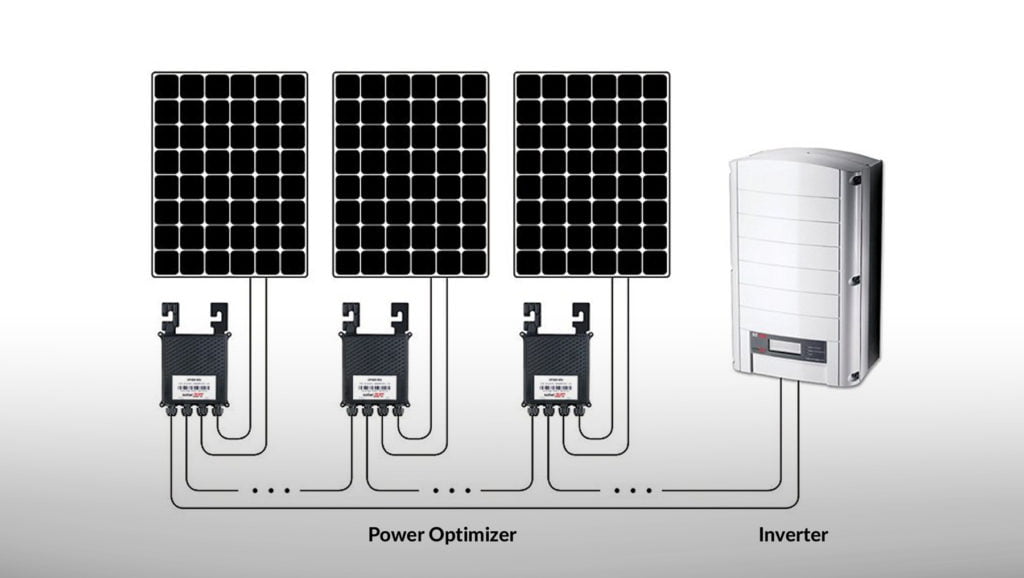 Which One To Choose?

As we can see, modern solar panel companies offer a variety of devices to choose from. As a matter of fact, the solar panel cost, including all adjacent devices, is a costly investment. Whether this investment is worth it, you can check out by reading the feedback from different people who have already switched to solar energy. From me, I’ll add that it is cost-efficient, easy to maintain and reduces your carbon footprint.

PrevPrevious PostRoof With Solar Energy: What Are Solar Shingles?
Next PostDC to AC: How Do Solar Inverters Work?Next