The 21st century resident is totally dependent on electricity. A 30-minutes’ power outage is a real challenge for him. It’s hard to imagine that today millions of people are at risk of experiencing energy outages. Thus, Rolling Blackouts have always been annoying occurrences appearing when least expected. Consumers are neither well informed nor guaranteed against those shutdowns. Therefore, the Rolling Blackouts urged to lead this blog for informing and guiding people on how to proceed.
Rolling Blackouts are deliberate electrical power shutdowns over different selected areas to prevent total blackout of the state. The outages are the result of the well-known Supply-Demand trick. Whenever the grid is unable to supply sufficient electricity for meeting the demand of consumers, the electricity deficit occurs, resulting in Rolling Blackouts. Your electricity utility decides the duration and the area where the California Rolling Blackouts happen. Hence, technically no one is guaranteed against it. The average duration of Rolling Blackouts is 1 hour, though it can last even longer.
Solar Energy Production is rapidly and steadily growing, holding the potential to fight back the Rolling Blackouts. From 2019 to 2020, Solar Energy experienced 23% growth, easing the burden of a grid. Considering this fact, as a state, California highly values Solar Energy and offers various incentives to encourage people to go solar. 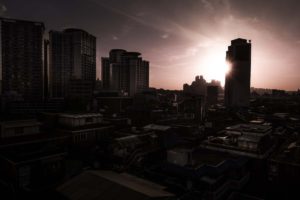 The main reason why this happens is when you have a grid-tied solar system, it has safety measures preinstalled to shut down production in case of a power outage so as not to do extensive damage to the grid or the employees working on fixing the outage.

If you’d like to install a battery system to have power during a power outage, you can contact sales@lasolargroup.com and set up a consultation.