Home / How To Decide Which Solar Inverter Suits Your House?

How To Decide Which Solar Inverter Suits Your House? 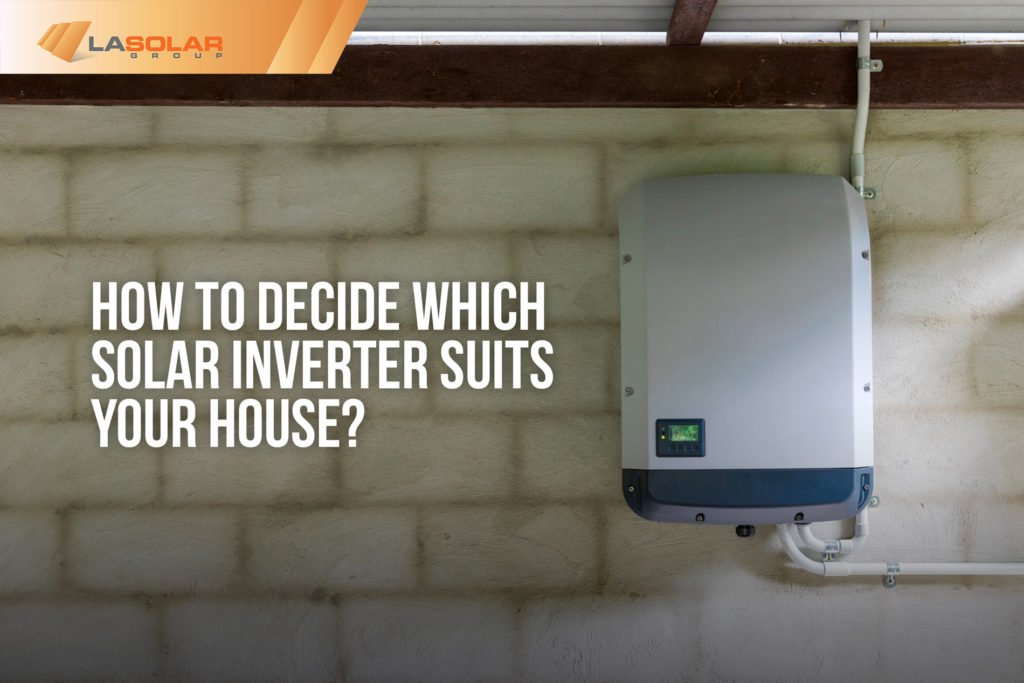 Are you looking for the best solar inverter that will be most suitable for your place? You are on the right page. With the primary function of converting the direct current (DC) into an alternative current (AC), this device is one of the most essential components in the solar system, without which no solar energy consumption is possible. Based on its type, a solar inverter can be a bit bigger or smaller, but, in all cases, it has special requirements for installation. It is highly recommended to follow a solar inverter’s instructions to ensure its sound performance and longevity. So, which is the inverter that suits your residential or commercial area best? To answer this question, first, you need to distinguish the main types of solar panel inverters available in modern markets. 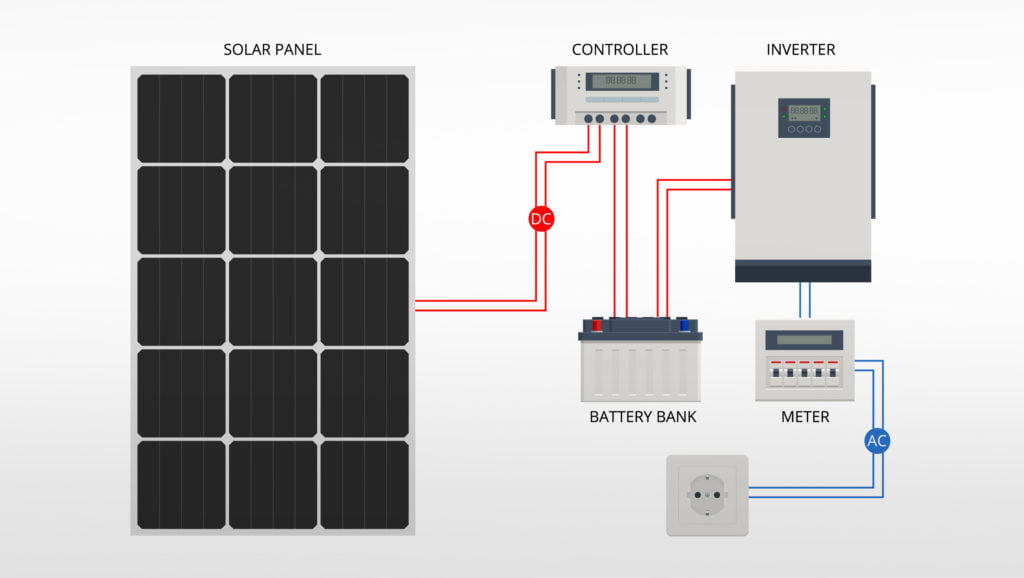 This type of inverter is used with energy suitable for injecting into the power grid. It is typically used with such power generators as solar panels, hydro-electric or wind turbines. Focusing on solar energy production, it is worth mentioning that grid-tie inverters are a suitable solution for consumers who like to invest in something that comes back to their wallets. Right! Everybody likes to experience the return on investments idea in practice! Most commonly, the energy produced by a solar system is predominantly more than the daily demand for its consumption. In this case, the consumer has two options: either store it in a power storage battery for later use or transmit the excess energy to the local power grid and get compensation for it. This option is quite suitable whether you consider the solar inverter for home or business area. It ensures tangible return on investment with varying amounts of money based on your location. Two main methods of payment are distinguished so far. First is net metering, when the electricity company pays back to the consumer for the excess power injected into the grid. In the US, the payment policies vary by jurisdiction. The second type is the feed-in tariff based on the power distributing company contract. These two methods are conditional, mainly depending on your area of habitat and its individual policies. 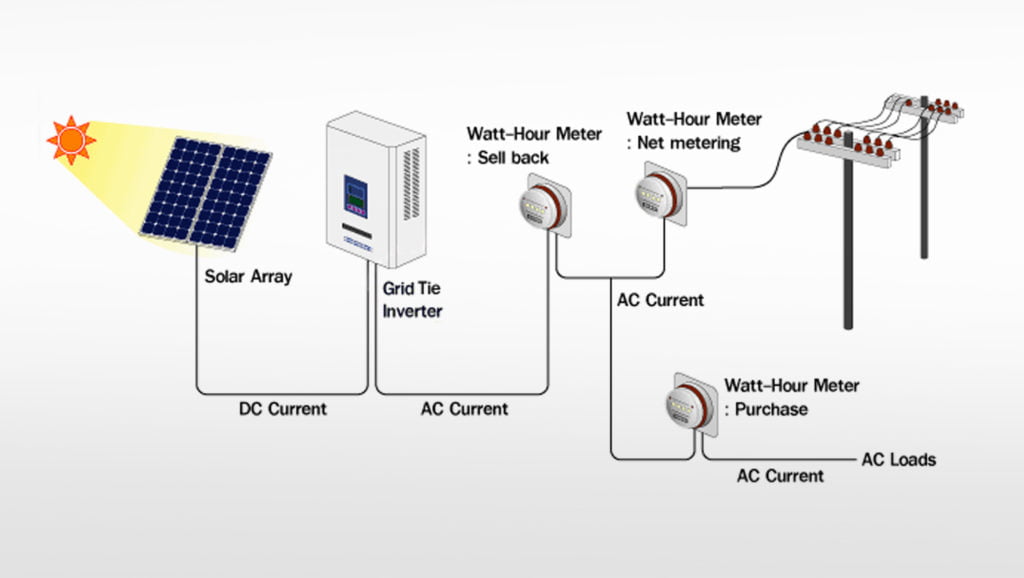 The right choice of the solar inverter system is crucial since it plays a vital role in the overall system functionality. The off-grid inverter type is also a good choice, especially for the consumers whose residence is located far from the nearest power grid. This has the simplest explanation for fewer expenses. The reason is that the installation of one or two power storage batteries will be less costly than the connection to the grid far from you. The transition lines will be too long, and it will cost you much more than a typical Powerwall installation. Another benefit that an off-grid inverter can propose is that your house will always be supplied with electricity with this device even if the power goes off in the whole area. The uninterrupted power supply is ensured by the storage battery, where you keep your excess energy produced by the PV system during the daytime. Today’s market has a wide range of different sizes of off-grid inverters. Thus, for instance, you can buy 1-16kW solar off-grid inverters depending on the house requirements: the bigger the house and the more electrical appliances it is equipped with, the bigger the size of your inverter. The most demanded and most commonly used size is the 4-8kW inverter which is suitable for comparably big residences rich in electrical devices, including well-pumps. 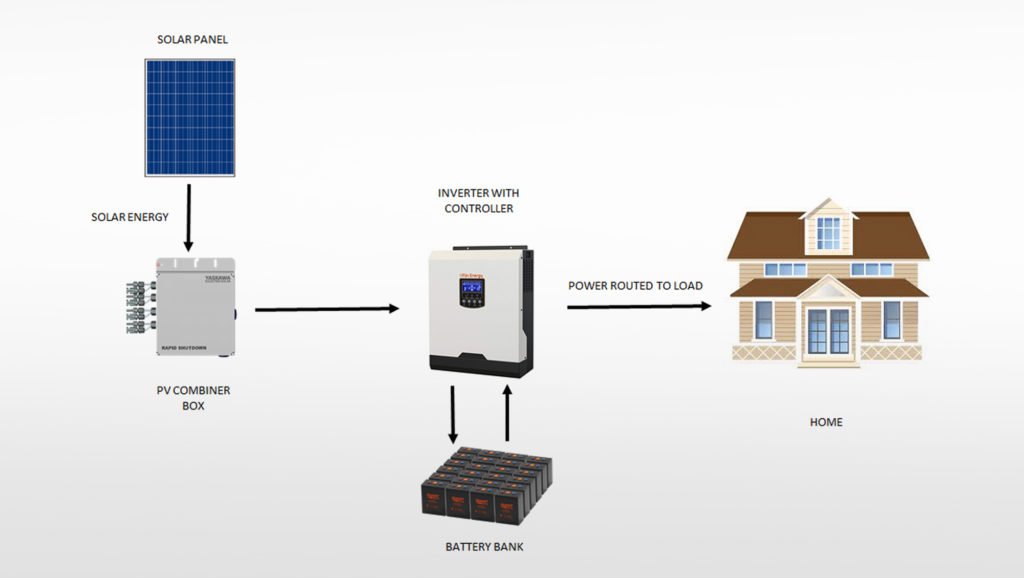 ON/off or hybrid inverter is the combination of both devices mentioned above. It can function as connected to the power grid and as an independent, battery-powered device. If comfort is the primary condition for you, this device is the best option so far. Hybrid or multi-mode inverters are equipped with modern smart features of programming. To be clear, they can be configured to determine the most efficient use of your energy. However, these devices have some limitations, such as peak power output. Some types either don’t have back-up power capacity or have but are very low, so only essential energy appliances can be backed up.